Look Around And Understand

If you spend much time at all perusing various survival and prepper forums, you’ll no doubt run across the term, “situational awareness.” When I talk about this, I like to use the analogy of situational awareness being like taking off the blinders that so many people seem to wear today. In other words, pay attention to the world around you rather than keeping your eyes glued to a screen as you constantly update your Facebook status.

I wouldn’t go so far as to say you need to be on “high alert” status any time you leave the house. But you should keep your head on a swivel, so to speak, and see what’s going on around you.

1. Hold Your Head Up

There are a few benefits to having heightened awareness. For starters, you are less likely to be seen as a victim. With your head up and your eyes forward, your shoulders will naturally go back a bit and you’ll stand straighter. You’ll look confident and self-possessed.

Criminals generally seek out those they perceive to be the weakest members of the herd. Those who walk hunched over, eyes downcast, and seem fearful. The bad guys know they can intimidate those folks rather easily. No crook wants to go up against someone who looks like they will cause trouble.

Next, you’ll obviously stand a better chance of seeing potential risks and avoiding them. We’re not just talking about threats from crooks and ne’er do wells, either. How many videos have you seen online of people walking into ladders, falling into manholes, and experiencing other mishaps simply because they weren’t paying attention? 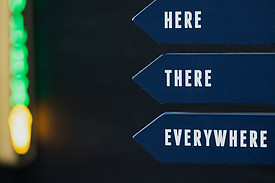 Many of us love to sit somewhere and people watch for a while. This is actually great practice for increasing your situational awareness. In watching and learning what we’ll call “normal” behavior, we are in a better position to recognize anomalies.

Something to think about and get in the habit of doing is watching people’s actions as you are out in public. Typically if someone is up to no good you can read it by the way they act.

Be on the lookout for what is called alert signals, such as looking around for cameras, fidgeting with price tags, looking nervous, that sort of stuff. These alert signals would catch our attention and we’d continue observation to see how things played out.

The same thing applies anywhere you go. Abnormalities in what should be normal behavior around you should get your attention. Someone walking toward you suddenly seems to veer into your path. Someone who seems to be paying more attention to you than they are anything else. Someone setting a package down on the sidewalk and walking away from it quickly.

These are alert signals and deserve closer attention. The vast majority of the time, nothing will truly be amiss. But maybe that one time out of a thousand that someone does have bad intentions, you’ll recognize it and react quickly and appropriately.

Situational awareness extends beyond just looking around as you stroll down the sidewalk. When you enter a restaurant, theater, or wherever, make note of where the emergency exits are located. If a fire breaks out or something else happens that would cause you to want to evacuate, knowing where those exits are located will save you precious seconds.

Think about where you are in relation to that exit. If there is an event, will you be able to get to it?

Should that happen, link hands or arms with those who are with you so no one gets left behind.

4. Use All Your Senses 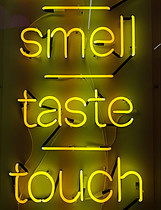 Another thing to keep in mind is we’re not just talking about visual cues. You have five senses and while taste is probably the least useful for situational awareness, make use of the others. Keep the earbuds out and the music turned off as you walk around.

You’ll want to be able to hear it if someone hollers, “Look out!” as a piano comes loose from a crane and comes crashing down, Bugs Bunny style. You might notice odors too, like the smell of smoke from a burning building before you hear the sirens. 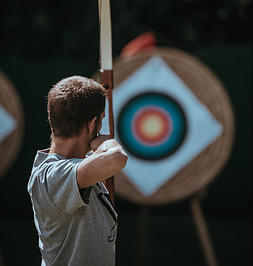 One great way to practice your situational awareness skills, as well as teaching members of the family, is to play a game. When you visit a store or business with your family, make mental notes of various details, such as the cashier or other employees, the general décor, the placement of doors and windows.

After getting back into the car, quiz your kids. What did the cashier look like? What color pants was the guy stocking shelves wearing? How many doors were there at the back of the store? Not only will your kids develop good observational habits, but you’ll also be improving your own observation and memory skills.

Trying to improve your situational awareness doesn’t make you paranoid, it just makes you vigilant. Entirely too many people today walk around with sort of an invisible buffer zone around their heads.

I have actually been involved with law enforcement officers taking accident reports from witnesses. It is amazing how many different stories you get and the intricate details that people think they saw that are incorrect. If you are in tune with these behavioral traits, you can typically tell who has their stuff together through a simple conversation. Just by asking a few questions about details that you may already know.

What Is The Secret 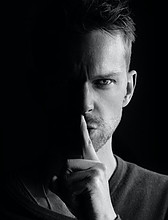 There really is no secret to this. Active and good, productive members of our society have become so comfortable that the instinct to be alert has been bred out of us. The natural ability is still there, you just have to be aware and train yourself to use it.

Here are a few resources to help with that:

In association with Amazon, these affiliate links may offer me a small compensation at no extra cost to you.

This book was written by Jim Cobb, author of Urban Emergency Survival Plan: Readiness Strategies for the City and Suburbs. He covers in detail, the right idea for hunkering down if you, like 58% of the population live in a city or urban area.

In Situational Awareness for Emergency Response, Richard Gasaway establishes the foundation of decision making and the role of situational awareness in high-risk public safety environments. He explains his original research on command decisions and the barriers that challenge a commander’s situational awareness and offers lessons learned and best practices that can assist responders in preventing or overcoming the situational awareness barriers. This one is a little pricey but the information is invaluable!

I am just trying to help! I feel everyone could use a little nudge to be ready before they have to be!

4 Replies to “How To Improve Situational Awareness”