One of the most common themes when it comes to prepping and disaster preparedness is the power grid going down, causing a regional or even a nationwide blackout that would result in a catastrophe that very few people have ever experienced in their lives.

A long-term blackout would probably be far worse than you realize. Losing your power for a few days or weeks is one thing, but losing power for months over a large portion of the country is a whole other thing. Without the luxury of public services and other things that we are accustomed to, things would get really bad, to say the least.

This article is intended to help you think of what you need to prepare for. Hopefully I can help some out there to be ready before they need to be. There are some links on this page. Some of them I will make a small commision but will not cost you any more (this is my affiliate disclosure, rules man). 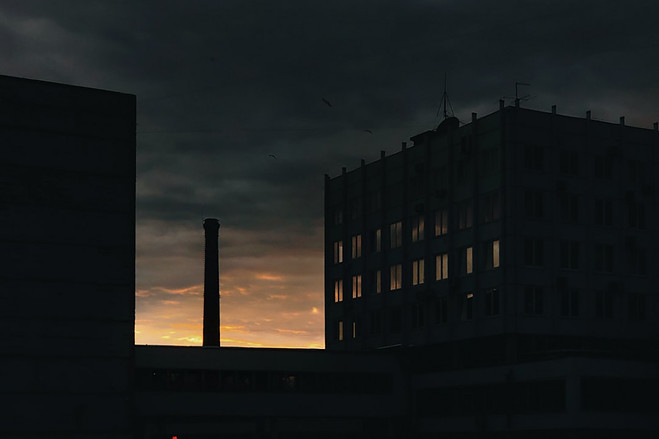 But what would really happen as the result of a long-term blackout like that? Well, while the government would attempt to get things back up and running again, most people would be forced into a true battle for survival.

That’s why it’s important for you to know there are many terrifying truths and realities of a long-term blackout. With that said, here are 10 of them…

Have you ever wondered what life would be like if there was literally no electricity? This one may be obvious but are we really prepared for this? Let’s take a look at the bigger picture.

A lack of electricity also means a lack of light indoors, a lack of power outlets, a lack of heat, and so on. It basically means that, in many ways, life will literally return almost to the way it was during the 1800s.

You’re going to have to resort to coming up with your own alternate heat sources, your own light sources, and so on. Stock up on warm clothes, candles, stoves, and wood to serve as fuel for the fire.

#2 – No Internet Or Cell Service

That’s also not to mention that Wi-fi and cell service will be gone for as long as there is a blackout as well. Simply put, you’re going to need to get used to a world without the internet, emailing, texting, calling, social media, and so on.

Instead, you’re going to need to rely on alternative communication sources to stay in touch with others and the outside world, such as CB Radios and HAM Radios. 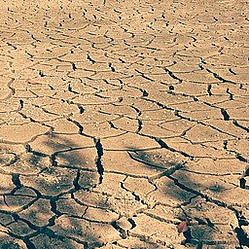 The lack of running water is also going to be a significant issue, and perhaps even worse than the lack of food. Scavenging water isn’t all too difficult in urbanized areas, as you can find it at public parks, fountains, lakes, and so on, but the main problem will be finding clean water that is safe to drink.

You can also take your preparations a massive step further by investing in building a water well and a rain catchment system. If that isn’t possible for you based on your particular circumstances, then instead you’re going to need to simply stock up on as much of it as you can in the time being.

This you would be ready for if you subscribe to Your Survival Plan and learn more about this.

Here are some basics of water storage and water purification.

One of the most hazardous truths about long-term blackouts is something most people don’t think about is sewage. When the water stops running, not only will you be unable to access water from your sinks and bathtubs, you also won’t be able to flush your toilets.

If this becomes a widespread issue–which it quickly will–the spread of bacteria is going to become a major cause of concern. Disposing of human waste is an issue that very few preppers give much consideration to, but they need to.

A gravity septic will still work but if you have a dosing tank, the pump won’t work without power. The system will eventually back up.

You basically only have two options for dealing with sewage in a long-term blackout: burning it or burying it. Regardless of which option you choose, you will need to make sure the waste is disposed of a minimum of two hundred and fifty feet away from your homes and any source of water.

A good policy to follow will be to dispose of the waste in black garbage bags, seal the bags shut, and then dig them a minimum of four feet underground and at two hundred and fifty feet away from your home and any source of water. 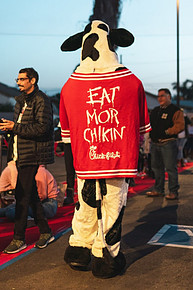 This one should be obvious already, but it is worth repeating: The only food and water that you are going to have access to are what you have stored and what you can barter. And if you live in an urbanized area, then hunting and foraging probably aren’t going to be options for you either.

Once the running water quits and the grocery stores are all emptied out (and remember, there aren’t going to be any more supply trucks), then you will be wishing you had stockpiled all of the food you could. Here is where you can learn about emergency food storage.

Also, keep in mind that you can still create your own self-sustaining food sources (crops in a garden, chickens, rabbits, etc.). But if these are not realistic options for you either based on your circumstances, then your only other choices will literally be scavenging, bartering, or bugging out.

#6 – Trash Will Be Everywhere

The next major reality of a long-term blackout that you will need to contend with is the fact that trash will be everywhere. And by everywhere, I mean everywhere.

Not just trash, but sanitation, in general, is going to go downhill. Since there will be very few if any public services, the trash that people put on the street simply won’t get picked up. 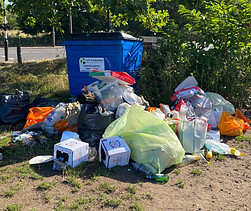 And that’s not to mention your own trash, which is going to pile up very quickly since you won’t have anywhere to put it. In just a few weeks, things are going to get out of hand. Piles of garbage will be breeding grounds for pests and disease.

The best way to deal with this will be to work with your neighbors. Come up with a plan for how you can dispose of trash, whether that means burning it, burying it, composting it, relocating it, etc. Make sure it doesn’t contaminate any major source of water.

You’ll also want to make sure you have plenty of hygiene items so you can keep yourself and your home clean and prevent the spread of germs.

A lack of gasoline is also going to be a major hindrance during a long-term blackout because the gas pumps simply aren’t going to work. That’s exactly why you’re going to have to stockpile plenty of gasoline and make it last as long as possible.

Some people are experiencing this currently in the Eastern US. It may be another situation you should consider preparing for outside of a blackout.

In fact, gasoline is going to become one of the most precious commodities. And with the lack of gasoline, do you want to know what that means? That’s right, no traveling unless you have a horse.

The only gasoline you will have available for bugging out or anything like that will be the gasoline in your car or in any cans on your property. But since gasoline will be so restricted and precious, bugging out may not even be an option unless you are prepared to walk or bike.

#8 – Gun Confiscation Could Be A Possibility 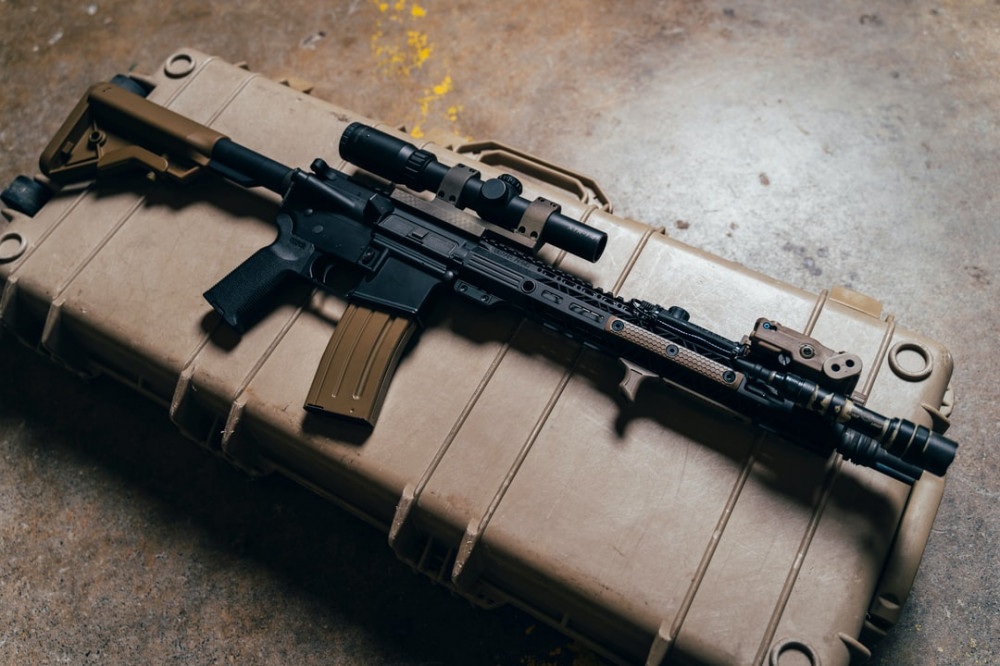 Law enforcement confiscated firearms during the aftermath of Hurricane Katrina. Depending on the circumstances of the long-term blackout that you find yourself in, this could be a reality that you face as well.

The simple fact of the matter is that the authorities will view civilians with guns as a threat, and therefore, they will seek to get rid of as many guns in civilian hands as possible. If martial law is ever declared by the government, which it very well could be in a long-term blackout, then the chances of gun confiscation will go up dramatically.

The solution here will be to find alternative weapons with which you can defend yourself against attack. Bows and arrows, crossbows, spears (lash knives to the end of poles), knives, machetes, hatchets, hammers, and other weapons will be your best bet.

Another option is to hide your firearms. There are all sorts of hiding spots in every home.

Your credit cards and debit cards are going to be useless during a long-term blackout. Therefore, you’re going to be reduced to using cash, which is why you would be wise to have an emergency fund of cash at your home. At least $1,000 in a variety of $20, $10, $5, and $1 bills would be smart. But keep in mind that cash could potentially become useless too. It’s just paper. The only reason it has value is that people believe it has value, but that could change. If it comes down to surviving the next day, what good will a few wads of paper do you other than building a fire or wiping your butt? The point is that bartering could take the place of cash in a long enough blackout. For this reason, consider building up a stash of barter items. You may be able to trade them for food or supplies. 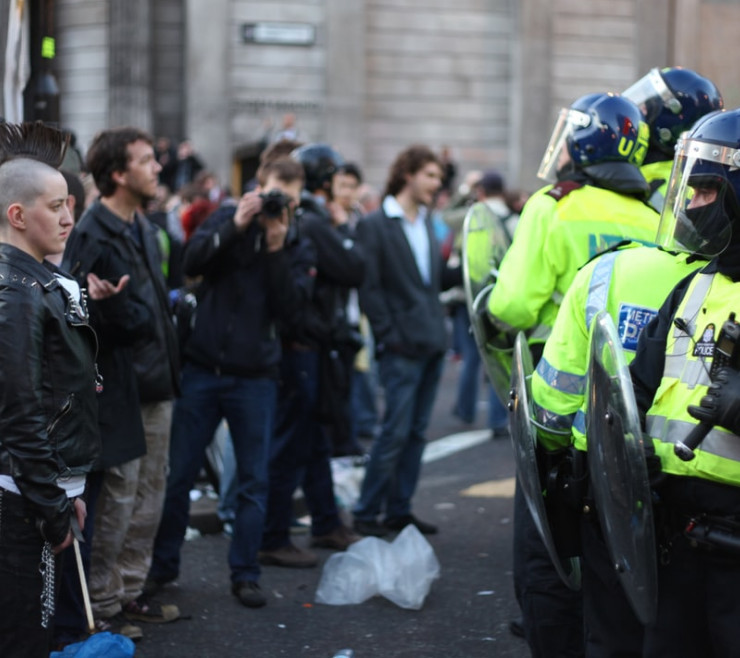 Last but certainly not least, people are simply going to go crazy during a long-term blackout. The simple fact of the matter is that the vast majority of people are not prepared for such a scenario. And that’s why they’re going to turn into savages willing to kill for food, water, medicine, and any other essentials they need.

If guns are indeed confiscated, then you’re going to need to carry alternate weapons on you and become trained in their use. Pepper spray, tasers, stun guns, knives, hatchets, hammers, baseball bats, umbrellas, and so on can all be converted into incredibly effective self-defense weapons, just to name a few.

And to keep looters out of your home, you’ll want to turn it into a fortress. If you live in an apartment, here’s how to defend it.

And finally, trust no one who is not in your circle of trust! Do not inform everybody and anybody in your daily life that you are a prepper and keep your stockpiles a secret but have a plan to involve others who you can trust.You should not go around blabbing that you are a prepper or you may be posting a major target on your back.

In conclusion, a long-term blackout is more than just a long time without power. It will more closely resemble a true grid-down scenario like the ones that are frequently discussed in prepper circles. One that, if it lasts long enough, could kill most of the population.

The purpose of this article has been to remind you of the terrifying reality of a long-term blackout and motivate you to prepare for one. Hopefully, it will never actually happen. And if it does, then hopefully you’ll have prepared.

This is not intended to be a scare tactic, it is supposed to help you think about what you need to plan for and be ready before you have to be! If you need help with that I am here for you. I will give you step by step instructions on what to do if you go subscribe to Your Survival Plan.