Let’s Reflect For A Moment

Here is some information from a little over a year ago,

The Coronavirus pandemic has no end in sight,l and the effect on the global economy has resulted in economic statistics last seen during the Great Depression of the 1930s.

The current U.S. employment rate as of May 2020 has exceeded 20% and economists are projecting U. S. GDP (Gross Domestic Product) to fall 38% in the second quarter of the year. Those numbers indicate an economic crisis worse than the Great Depression when GDP was down 30% and unemployment was at 20%.

The stock market continues to be a baffling indicator as wild swings in the DOW continue to defy key economic indicators. It is still far from its highs in early 2020 but time will ultimately tell if any stock market rally is for real.

With all of the stimulus efforts and things opening back up, we are still yet to see the end of this! I know at my place of employment they lifted mask requirements if you were vaccinated, I just got word that masks are mandatory again.

The overall economy is taking an uptick but we can’t know where this will go. according to Fortune, US job growth picks back up and the payrolls gain still leaves the U.S. labor market 7.6 million jobs short of pre-pandemic levels. A broader improvement in the labor market requires faster job growth among service providers, like the leisure and hospitality industry, that have suffered a more lengthy disruption from the health crisis.

I am trying to remain optimistic about this but in the end, I want to be ready before I have to be!

One of the reasons the stock market continues to rebound is the hope that there will be a “V” shaped economic recovery. This means that the economy will bounce back fairly quickly, and key economic indicators will rise as fast as they have fallen.

However, given the unknowns surrounding COVID-19 and the re-opening of many parts of the world, there may be a second and even third wave of the virus that would slow any hopes of a rapid recovery and lead to a “W” shaped recovery where the economy peaks and falls as the pandemic waxes and wanes.

Some pessimistic predictions are defining any global economic recovery as the long “U.” In this case, there are no real peaks but just a long downturn that gradually recovers. As a point of reference, the stock market did not reach its previous 1929 peak until 1954⁠—years after the stock market crash on Black Friday leading to the Great Depression.

Past Precedent Makes War a Possibility

An audit of the history of wars shows economic factors as a primary cause of many of the conflicts. Revolutionary wars have often been motivated by a populace suffering extreme poverty and even starvation. The U.S. Revolutionary War was marked by the complaint of “Taxation without Representation.”

Civil Wars have also had economic drivers including the American Civil War when the Compromise of 1850 and the northern threat to end slavery into new western territories of the U.S. was perceived as an economic threat to expansion from the southern states. The Civil War was a direct result. Wars driven by territorial gain are also driven by the economics of acquiring new territory with the promise of better access to natural resources, trading ports and locations, and existing wealth. The Mexican-American War from 1846 to 1848 was fought following the annexation of Texas, with Mexico still claiming the land as their own.

A little-known war was the Finnish-Soviet War or “The Winter War” (1939-1940) – Stalin and his Soviet Army wanted to mine Nickel in Finland, but when the Finnish refused, the Soviet Union waged war on the country.

Want to prep but not sure where to begin?
Click Here to Start Your Survival Plan!

This ultimately led to Finland forming an alliance with Adolph Hitler and the two countries remained allies throughout World War II. The alliance ended the Winter War given that Stalin had agreed to a non-aggression pact with Hitler at the time.

World War II is perhaps the most glaring example of how an economic collapse can lead to war. The Great Depression affected economies across all countries and was both fueled and compounded by an ongoing trade war. French economist Frédéric Bastiat (1801-1850) is often quoted as saying that when goods do not cross frontiers, armies will.

But the dynamics of how World War II started have a chilling parallel to today’s events. According to Ludwig von Mises, an Austrian economic theorist:

“In 1922 and again in 1930, the U.S. Congress enacted tariffs designed to protect American industries from foreign competition.

The 1922 tariff law caused a depression in American agriculture. At the time, farm products were the largest category of export goods produced in America. Tariffs on foreign goods resulted in a marked reduction of foreign purchases of American farm products.

How so? In this way: For people of another nation to purchase American products of any kind, they must earn U.S. dollars by selling their own goods to Americans. The 1922 tariff reduced the amount of U.S. dollars earned by people outside the U.S. Therefore, they had fewer dollars to spend. They cut back on buying farm products and other goods in the U.S.

The tariffs and retaliatory tariffs were a trade war. The trade war exacerbated the global depression, which caused economies around the world to shrink, causing business failures and throwing people out of work.

In 1930 the Congress enacted a more far-reaching regime of high tariffs on foreign imports. At the time the world economy had started into depression. The tariffs made the depression far worse. Other countries that exported to the U.S. imposed retaliatory tariffs on U.S. goods. Many countries imposed heavy tariffs on all imports, whatever the source.

By 1932 the entire world had been in a deepening depression for two years or more, with no sign of things getting better. The 1930 U.S. tariff law had the effect of closing the U.S. market to Germany. Tariffs in France and Britain had a similar effect, closing those markets to imports from Germany.

By 1932 the depression had hurt the German people badly. The economic walls against Germany added to the woes that Germans had suffered due to extreme hyperinflation in the early 1920s that wiped out the savings of the middle class in Germany. Germany’s economic catastrophe played into the hands of Adolf Hitler (1889-1945) and his National Socialist German Workers (Nazi) Party. From 1920 to early 1933 Germany was governed by political democracy. At first the Nazi party was only a marginal, fringe party, albeit a noisy and violent one.

The Nazi party garnered only a relatively small number of votes in every election until 1932. In that year, the Nazis received a plurality, but not a majority of votes. In January 1933 Hitler used that plurality to persuade Germany’s senile President, Paul von Hindenburg (1847-1934), to appoint him Chancellor. It took Hitler only two months thereafter to dissolve the German republic and become a dictator and absolute master of Germany.”

The rest, as they say, is history. But if that history teaches one lesson it’s that a depression, when combined with the restraint of free trade, can be the catalyst for an economic collapse.

According to Von Mises,

But War with Whom? 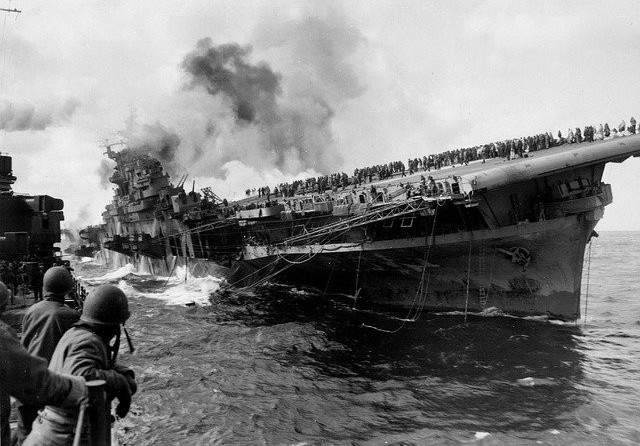 China comes to mind. There is continuing aggressive maneuvering in the South China Sea between China and the United States. The U.S. is currently in a trade war with China. China has seen a drop in industrial production for the first time in 30 years as a result of the trade war and the pandemic.

Iran continues to fund and back terrorist activity against the United States and has been heavily sanctioned for this activity. As it continues to emerge as one of the countries hardest hit by COVID-19, its economy and overall situation are becoming more desperate.

Here again, the U.S. and the Iranian Revolutionary Guard have tested themselves with encounters on the high-seas, and Iran is still threatening revenge for the drone killing of Iranian major general Qasem Soleimani.

Civil War seems implausible, but as protests against the Coronavirus lockdown in the U.S. continue, it raises the potential for civil unrest. In any history of civil wars, all began with a period of civil unrest that went beyond riots and demonstrations to full-fledged battles in the streets.

When you look into the motivation for the protests against the lockdowns, it relates once again to the economy of employment although other factors from various factions are also emerging.

Revolutionary War also seems implausible. Then again, as the gap between the 1% and the 99% percent continues to grow, and like the appearance of an oligarchy continues to dominate the way the U.S. is controlled… a situation could evolve and grow into a revolution if people feel their livelihood and fundamental freedoms are being threatened. How it might take place is difficult to imagine.

North Korea, Russia, ISIS, others? Unfortunately, the list of potential enemies of the United States is long. As the world teeters between economic crisis and economic collapse, desperate regimes may feel compelled to resort to desperate measures. From the Boston Massacre to 9/11, single incidents have inflamed events during precarious times. That may be the greatest threat of the current pandemic.

It’s All a Question of Time 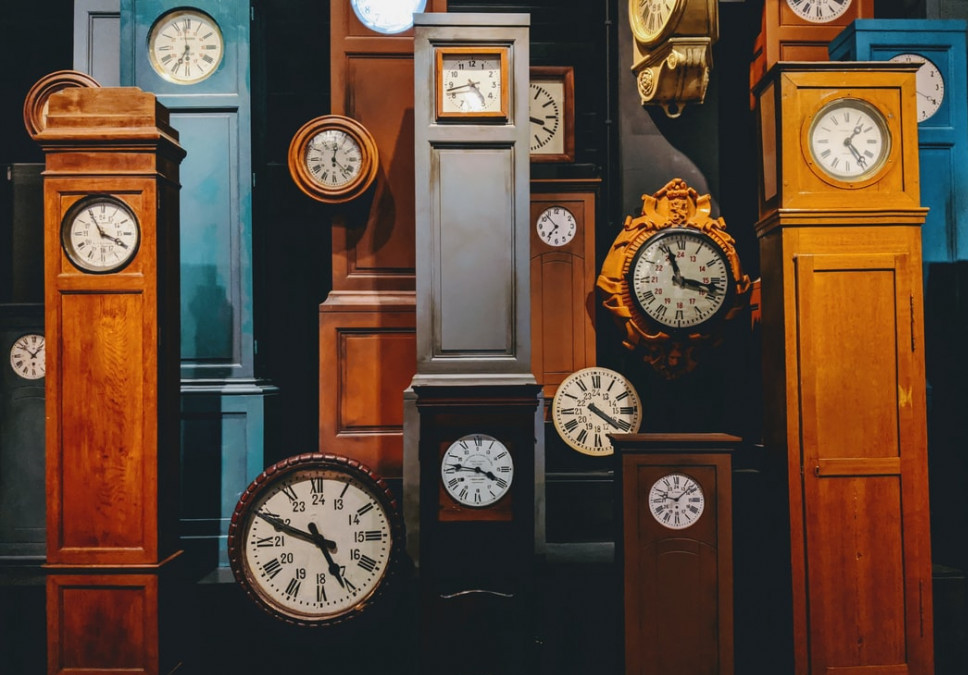 Now that there is a vaccine, if herd immunity occurs without devasting loss of life, if a return to work is done in a reasoned and responsible way, it’s possible we may achieve something approaching a “V” shaped economic recovery. That would at least provide some mitigation of the economic factors affecting our livelihood and the global economy.

If a return to work happens too soon or without proper precautions or the virus mutates and proves to be resistant to vaccines, the situation has the potential to go from bad to worse. In that case, it may not be a question of war as a possibility, but the stark truth of war as an inevitability.

I fear that is where we might be with the recent pullback on mask requirements and the flood of people returning to work.

Only time will tell, are you ready before you have to be? I am willing to help you! fill out the form below!